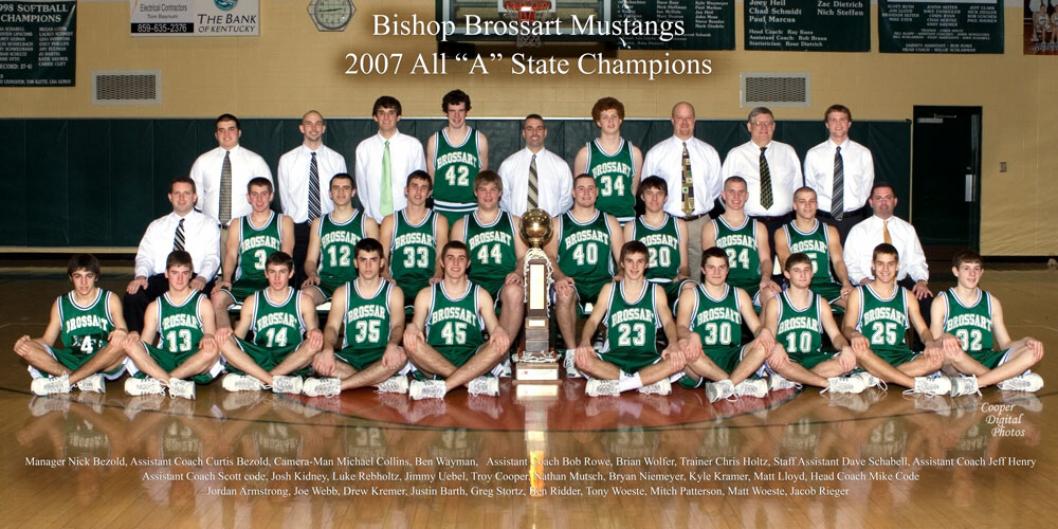 In the early spring of 2003 the St. Joseph, Cold Spring Eighth Grade Bluejays narrowly defeated the St. Mary Eighth Grade Saints in the championship game of that season’s Diocesan Tournament. The two teams were the creme de la creme of that year’s grade school eighth grade crop. Seven members of those two teams – Troy Cooper, Kyle Kramer, Josh Kidney, Matt Lloyd, Nathan Mutsch, Bryan Niemeyer, and Jimmy Uebel entered Brossart High School as freshmen the following fall. They would form the nucleus of the Class of 2007 which would leave an indelible imprint on Mustang sports in soccer, baseball, basketball, golf, and track that would qualify them as legends in the annals of our high school’s history books. They were joined by an eighth member who would become a part of their group for all four years, Luke Rebholz, a player with a big heart from Sts. Peter and Paul, whose lifelong dream was to wear “Mustang Green.”

Together these eight players would re-write the Brossart record books, winning our first and only 10th Region Freshmen Championship; go undefeated at 23-0 as sophomores on the Junior Varsity team, while capturing the M.C.I.T., NKAC Division II, and 38th District Championships and defeating Covington Catholic, the 9th Region JV Champs, in double overtime to claim the mythical Northern Kentucky J.V. crown. As juniors they would form the nucleus of the varsity team that would win the Ashland Invitational Tournament, 10th Region All “A” Classic and 37th District Tournaments. As seniors they would accomplish what no other Brossart basketball team had ever accomplished before – they again won the 10th Region All “A” Classic tournament en-route to winning the 2007 All “A” State Championship. They would later become undefeated NKAC Division II Champions and repeat as 37th District Champions prior to ending their careers on the floor of the Mason County Fieldhouse on March 10th 2007, falling to the powerhouse Mason County Royals, who were responsible for three of their five losses, during the school-record 28-5 season.

This was a talented team that possessed extreme confidence, worked hard to accomplish their goals, and were able to overcome adversity to get
the job done.

The 2003-04 Mustang Freshmen Team is the only Brossart Freshmen team to win a regional championship. They posted a 24-2 season record, losing only to Cincinnati Elder by four points 48-44, and Scott County by a single point 50-49 in the finals of the 2004 Lexington Catholic Invitational Freshmen Tournament – the best in the state. Scott County would win the KHSAA “Sweet Sixteen” State Tournament as seniors

As Juniors the ’07 Mustangs, along with Adam Franzen, Brad Seiter, and Kyle Lubbers formed the nucleus of the varsity team that won the 51st Annual Ashland Invitational Tournament. 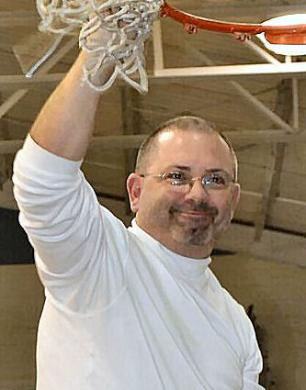 While coaching these 2007 Mustangs throughout their careers Coach Mike Code was:

On February 23rd Troy Cooper hit a free throw against the Covington Catholic Colonels to join the Mustangs elite 1,000 Point Club. He went on to finish out his career with 1,077 varsity points, placing him twelfth on the all-time list of leading Mustangs scorers despite having only started varsity for two seasons. He also now holds the school record for Most Free Throws Made In A Season.

In his five years in a Brossart freshmen, JV, or varsity uniform, Troy Cooper amassed a total of 2,100 total points. Troy is the ONLY player in Mustang history to accomplish this feat.

Troy Cooper, Jimmy Uebel, and Nathan Mutsch led the team in scoring that year. Cooper was the team’s leading scorer pouring in 448 points for a 14.4 scoring average. Uebel averaged 10.1 points per game and Mutsch 8.3 points a game.

The team held the best defensive average in Northern Kentucky limiting their opponents to 47.8 points per game, good enough for second lowest average in the state.

The 2007 Varsity Mustangs tied the 1998 team as the winningest team in Brossart basketball history with a 28-5 record, but recorded the best win percentage ever in the school’s history at 84.8%

They were undefeated NKAC Division II Champions, 10th Region “A” Champions, and All “A” State Champions.

They went 3-1 in the Fifth-Third Classic losing only to host LexCath 53-50, while defeating Clinton County, Boyle County, and Lexington Henry Clay

After defeating Covington Catholic in Park Hills 63-56 late in the 2007 season they were voted the consensus Number One team in Northern Kentucky.  They went on to become 37th District Champions for the second straight year.  Their careers came to an end on the floor of the Mason County Fieldhouse on Sunday, March 10th losing to the host Mason County Royals 63-57.

Again the Mustangs were led in the scoring column by Troy Cooper who put up a total of 575 points on the season for a 17.4 ppg mark.  Cooper recorded double figures in 33 of the Mustangs 35 games that year.

Again the Mustangs posted the top defensive average in Northern Kentucky at 45.7, which again was second in the state.

The 2007 Brossart Mustangs were coached by Mike Code throughout their varsity careers.

This team definitely left their mark on Bishop Brossart:

Touchstone Energy All "A" State Champs 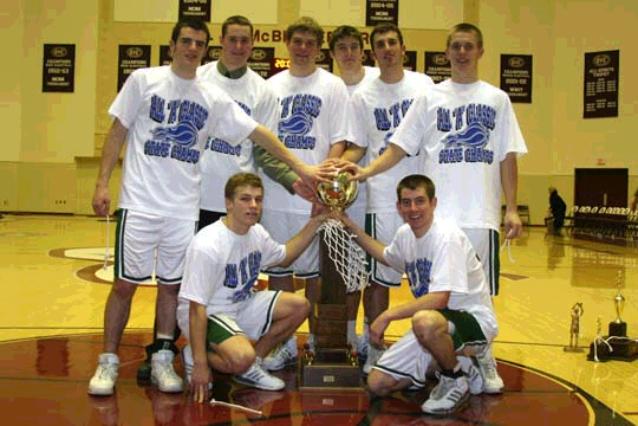 In February 4th, the ’07 Mustangs became the first and only Brossart boys team to win the Touchstone Energy All “A” State Championship, defeating Bardstown 56-48 in the championship game.

Bryan Niemeyer was the unlikely hero. A part-time starter called on to fill a bigger role for the injured Nathan Mutsch, Niemeyer scored 22 points to lead the Stangs to victory over Bardstown and was named the game’s MVP. 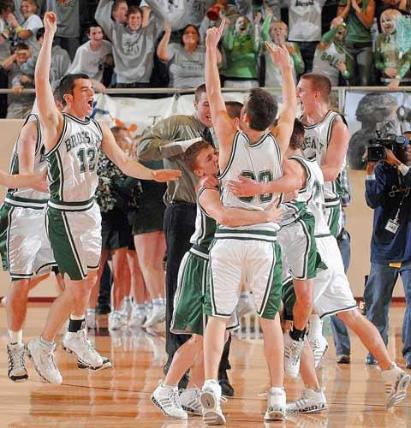 Jimmy Uebel scored double-figures in each of the four All “A” State Tournament games and was named the tournament MVP. Josh Kidney and Troy Cooper had huge tournaments and joined Uebel on the the All-Tournament Team. The injustice was that Bryan Niemeyer wasn’t recognized for his efforts by the “A” State committee and press corps. Bardstown, the runner-up, placed four players on the All-Tournament team.

Each of the seven seniors who played 100% of the meaningful minutes of the tournament made major contributions. 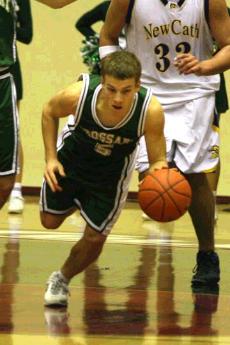 Kyle Kramer nailed two “3’s” at the onset of the Gallatin County game and Bryan Niemeyer scored eight points in the third quarter. Luke Rebholz nailed a pair of key free throws. All of which proved to be the difference in the one point victory. 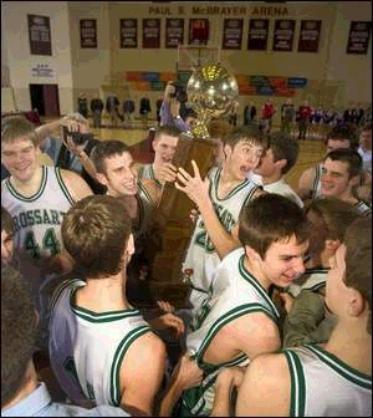 Bryan Niemeyer was the unlikely hero. A part-time starter called on to fill a bigger role for the injured Nathan Mutsch, Niemeyer scored 22 points to lead the Stangs to victory over Bardstown and was named the game’s MVP. 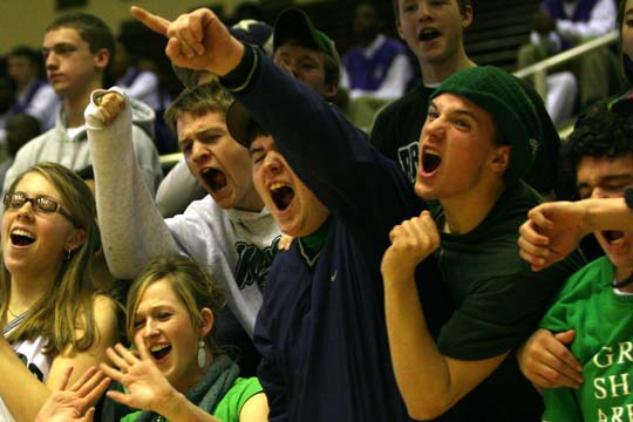 Meet Some Of The Team 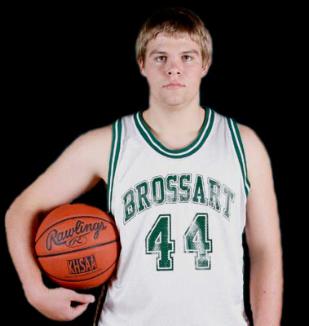 Shot Put – Troy is a member of the National Elite; The Number One Shot-Putter In The State Of Kentucky; Class A Shot Put State Champion; Numerous Medals and Other Track and Soccer Related Awards – Owns Three State Championship Rings; Received a College Scholarship to University of Cincinnati for Track.

The Heart and Soul Of These Brossart Mustangs 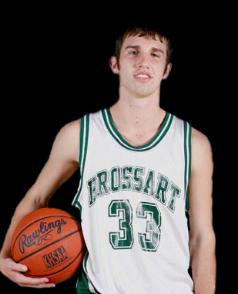 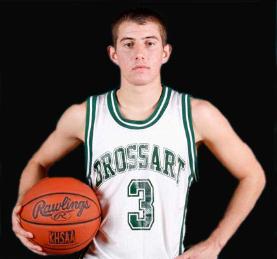 Nathan Mutsch is quoted as saying that the toughest thing that he has ever had to do was helplessly sit and watch his teammates do battle without his being out there to help them. Mutsch had a brilliant basketball and baseball career at Brossart and was our leading rebounder as a junior and a force when he was healthy.

Although missing fourteen games during his senior season due to injury he helped lead the Mustangs to the 37th District Championship, scoring 30 points in two games, and was named to the All-Tournament team.

Star-crossed Forward Proud Of His Teammates 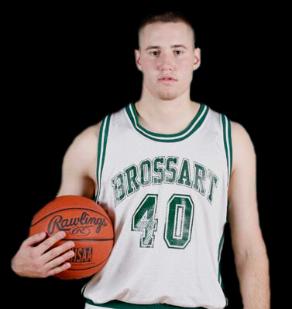 The Ultimate Team Catalyst
Made All Of His Teammates Better 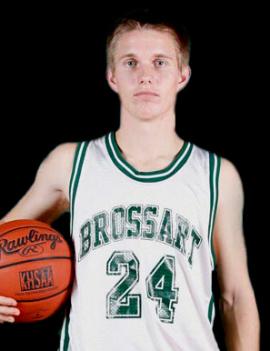 Once stated in an interview, “I could care less about scoring points – I know who the guys are on this team who score, and it’s my job to get the ball to them.”

Kramer made everybody on his team better because of his ability to do just that. An excellent team player who could score if he was left unguarded, Kyle rarely made mistakes. Played the most minutes of any Mustang during the “A” State run.

Team success is not measured by individual stats in the box score – but by wins and losses. Consumate competitor was the “King Of The ’07 Team Intangibles.” Exemplified the phrase “Whatever It Takes.” 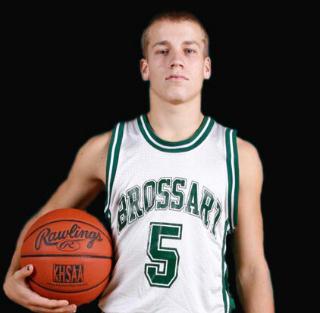 Hero Of The "A" State Championship Run 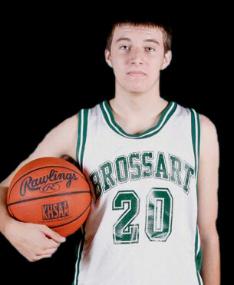 Luke Rebholz emerged from the Sts. Peter and Paul Cardinal program with only hopes of making the freshmen team.  His persistence and work ethic made him a four year contributor.

Rebholz was our 10th Region All “A” Classic Academic award winner both his junior and senior seasons and participated in the Governor’s Scholars Program at Bellarmine University as a junior.

He was Academic All-State 1st Team – Four Years and a member of the National Honor Society. He earned 1st Honors each quarter all four years.

Luke attended the University of Louisville on an academic scholarship. 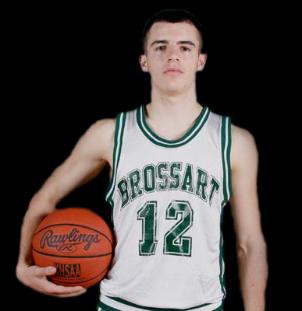 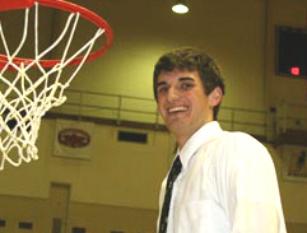 He served as our videographer throughout his sophomore, junior, and senior years.

Michael was accepted by the ’07 Mustangs as one of their own and was a major part of the personality of this team.